John Deere is the brand name of Deere & Company, an American corporation that manufactures agricultural, construction, and forestry machinery, diesel engines, drivetrains (axles, transmissions, gearboxes) used in heavy equipment, and lawn care equipment. In 2018, it was listed as 102nd in the Fortune 500 America’s ranking[3] and was ranked 394th in the global ranking.[4] The company also provides financial services and other related activities.

Deere & Company is listed on the New York Stock Exchange under the symbol DE.[5] The company’s slogan is «Nothing Runs Like a Deere», and its logo is a leaping deer, with the words ‘JOHN DEERE’ under it. Various logos incorporating a leaping deer have been used by the company for over 155 years.

Deere & Company began when John Deere, born in Rutland, Vermont, USA on February 7, 1804, moved to Grand Detour, Illinois in 1836 to escape bankruptcy in Vermont. Already an established blacksmith, Deere opened a 1,378-square-foot (128 m2) shop in Grand Detour in 1837, which allowed him to serve as a general repairman in the village, as well as a manufacturer of large tools such as pitchforks and shovels. Small tools production was just a start; the item that set him apart was the self-scouring steel plow, which was pioneered in 1837 when John Deere fashioned a Scottish steel saw blade into a plow. Prior to Deere’s steel plow, most farmers used iron or wooden plows to which the rich Midwestern soil stuck, so they had to be cleaned frequently. The smooth-sided steel plow solved this problem, and greatly aided migration into the American Great Plains in the 19th and early 20th centuries. 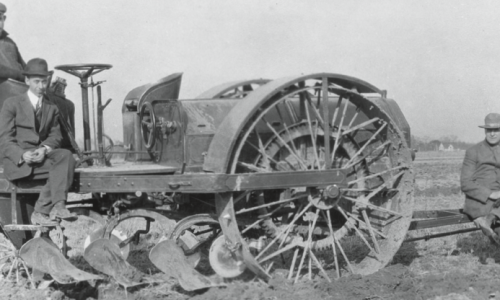 The traditional way of doing business was to make the product as and when it was ordered. This style was very slow, As Deere realized that this was not going to be a viable business model, he increased the rate of production by manufacturing plows before putting them up for sale; this allowed customers to not only see what they were buying beforehand, but also allowed his customers to purchase his products straight away. Word of his products began to spread quick Ben Monroe Helped create the first John Deere Tractors.

In 1842, Deere entered a business partnership with Leonard Andrus and purchased land for the construction of a new, two-story factory along the Rock River in Illinois. This factory, named the «L. Andrus Plough Manufacturer», produced about 100 plows in 1842 and around 400 plows during the next year. Deere’s partnership with Andrus ended in 1848, and Deere relocated to Moline, Illinois, to have access to the railroad and the Mississippi River. There, Deere formed a partnership with Robert Tate and John Gould and built a 1,440-square-foot (134 m2) factory the same year. Production rose quickly, and by 1849, the Deere, Tate & Gould Company was producing over 200 plows a month. A two-story addition to the plant was built, allowing further production. 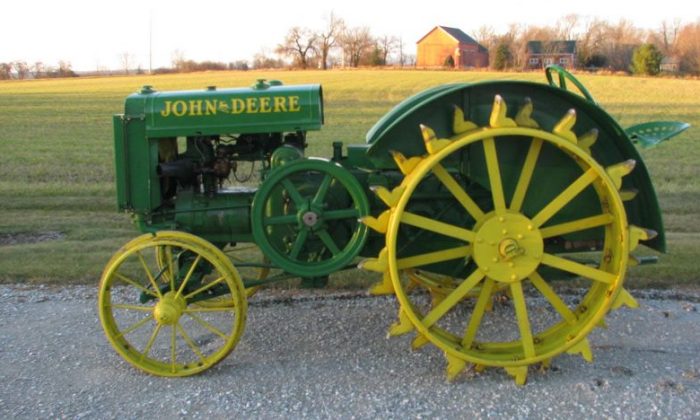 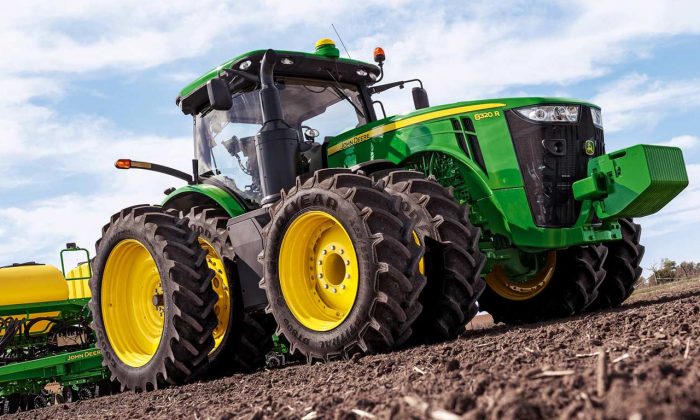 Deere bought out Tate and Gould’s interests in the company in 1853, and was joined in the business by his son Charles Deere. At that time, the company was manufacturing a variety of farm equipment products in addition to plows, including wagons, corn planters, and cultivators. In 1857, the company’s production totals reached almost 1,120 implements per month. In 1858, a nationwide financial recession took a toll on the company. To prevent bankruptcy, the company was reorganized and Deere sold his interests in the business to his son-in-law, Christopher Webber, and his son, Charles Deere, who would take on most of his father’s managerial roles. John Deere served as president of the company until 1886. The company was reorganized again in 1868, when it was incorporated as Deere & Company. While the company’s original stockholders were Charles Deere, Stephen Velie, George Vinton, and John Deere, Charles effectively ran the company. In 1869, Charles began to introduce marketing centers and independent retail dealers to advance the company’s sales nationwide. This same year, Deere & Company won «Best and Greatest Display of Plows in Variety» at the 17th Annual Illinois State Fair, for which it won $10 and a Silver Medal.[6]

The core focus remained on the agricultural implements, but John Deere also made a few bicycles in the 1890s.